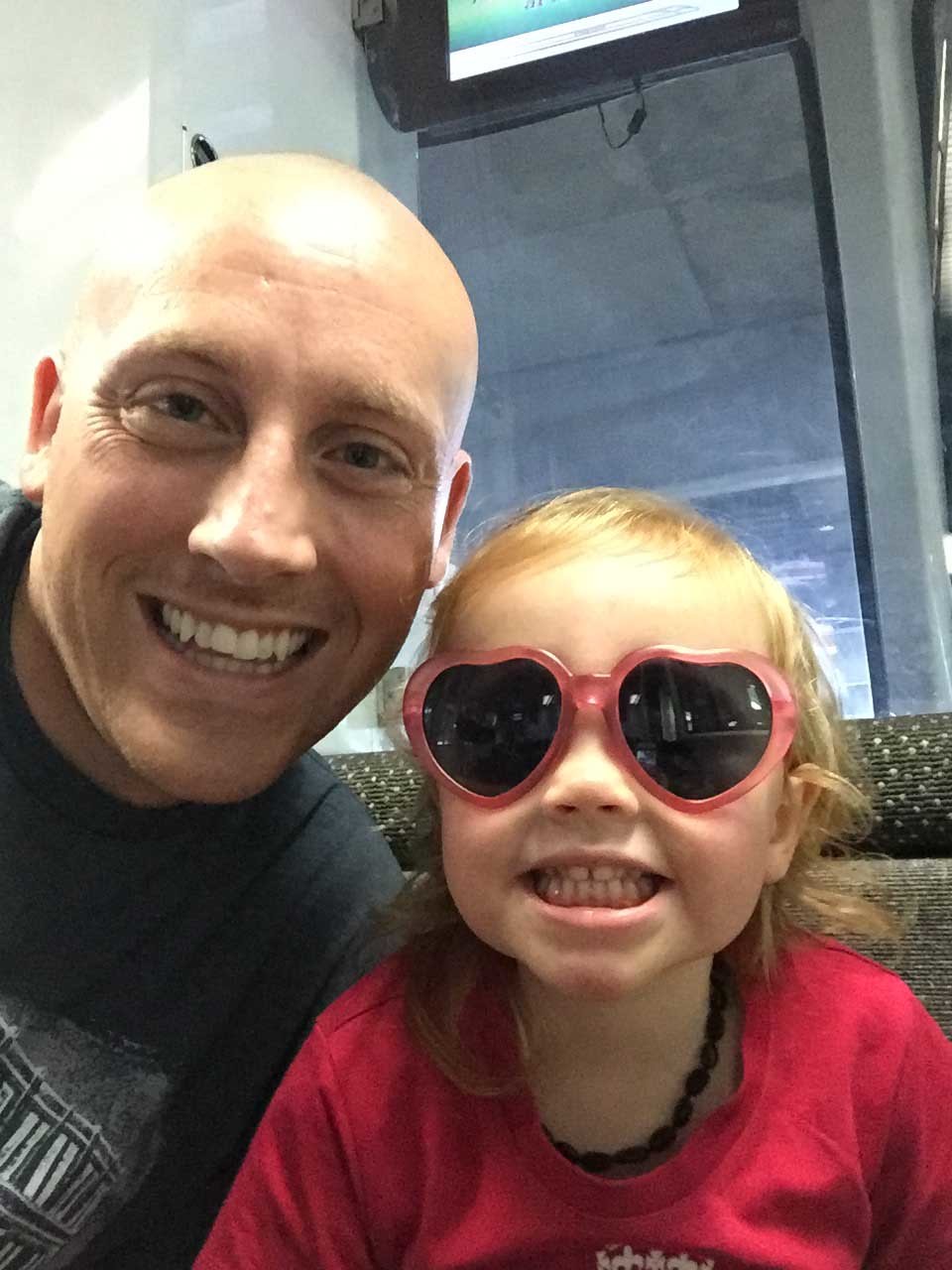 On Valentine’s Day, I was supposed to take Ellie on a date while Marti took Jack on a date. Ellie and I had agreed to go to the airport because she had shown such an interest in airports after reading her book Ellie’s First Plane Ride where a toy elephant takes her friend toy penguin on a trip to the airport and then on the plane, with photos of them riding the escalators, the monorail and getting their miniature luggage at baggage claim.

However, Valentine’s Day rolled around and I was feeling wretched, and ended up spending all day in bed. So we rescheduled for the following weekend, except Mama and Jack joined us.

We spent a few hours riding the monorail, watching the trains following behind us and us chasing the one in front, riding up and down the escalators and elevators and standing on the car park roof, overlooking the airfield where we could see planes taxiing, landing and taking off, the monorail going between airside and the main terminal, taxis, cars and even an enormous construction crane.

There was so much to see and Ellie had a blast. We’ll definitely be doing it again soon.

One thought on “A date at Tampa International Airport”