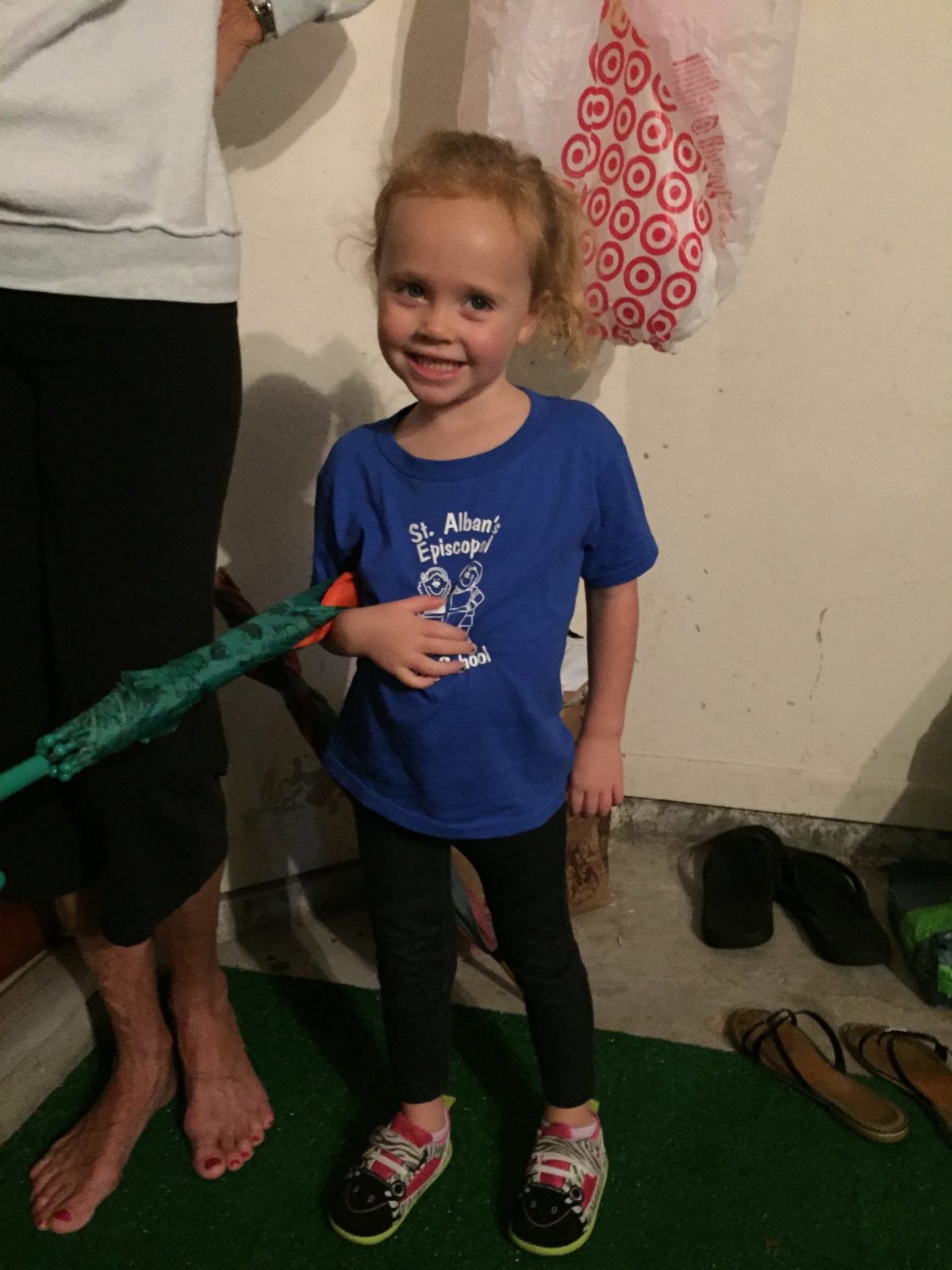 This summer, Ellie started school. She’s currently going three mornings a week and it’s been fantastic for her. She’s making friends, enjoying the independence and it’s making her much more confident and assertive.

The other day was the first time I got to take her to school and meet her teachers and classmates and I’m really happy with where she is. I’m very happy that we made the decision to have her go.

In the pictures, Ellie is wearing her school uniform on her first day and in the other, Ellie is wearing a Schultüte on her head, which is a German tradition (owing to her German heritage). When it was given to her by Oma, it had some treats and some school supplies in it, as is tradition, to make the first day of school a little more enjoyable (which can be scary for some children). After that, it became a hat 🙂