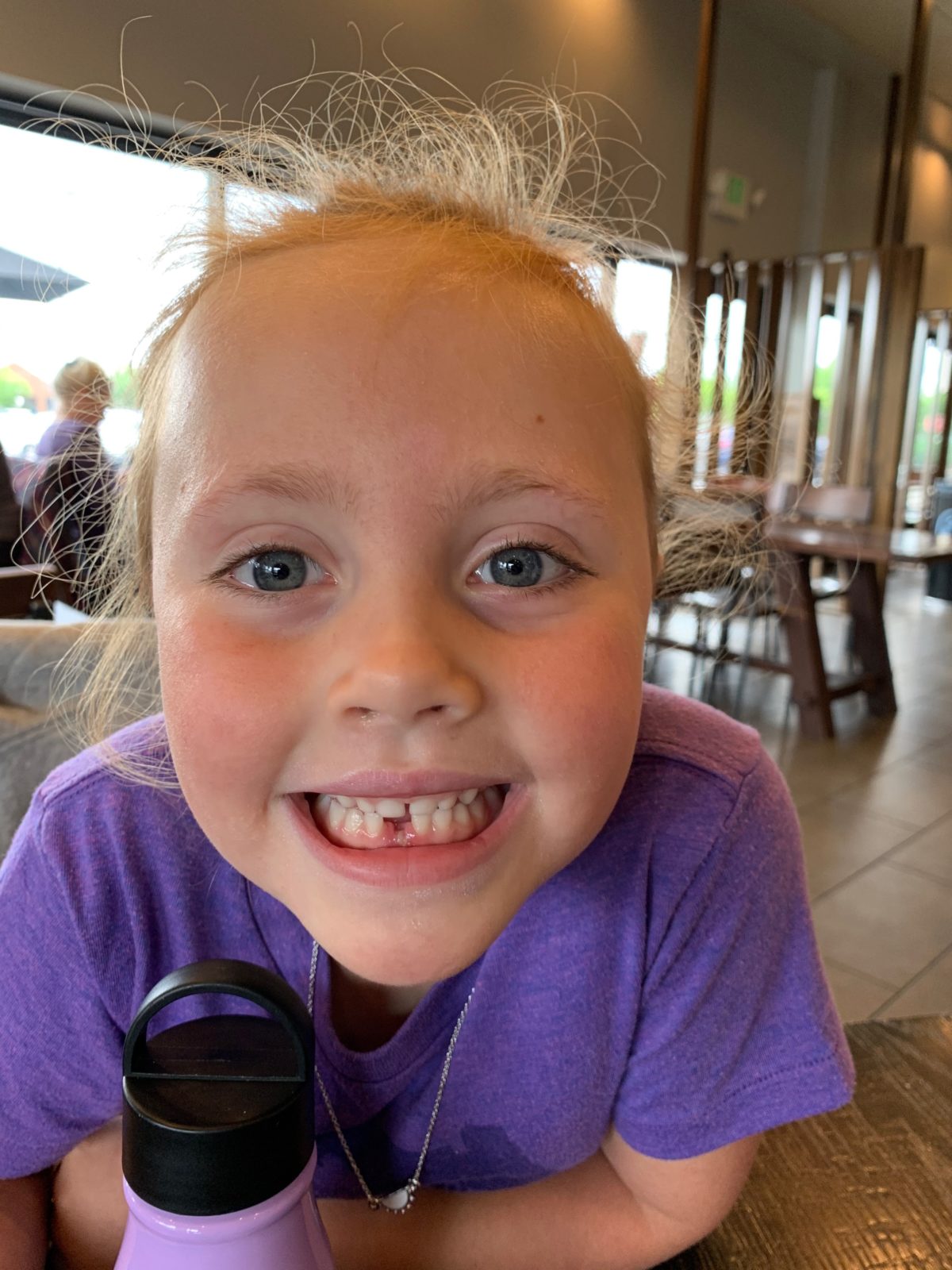 Ellie held on to her baby teeth longer than most of her peers. Today, she lost her first tooth, and it was quite an eventful affair.

After a week or two of it being really quite wobbly, to the point of even being able to lay down on its side, we went to Starbucks, as we do on the first Saturday of every month before our Home Depot Workshop, and Ellie ordered a bagel as usual.

At the conclusion of the meal, Martina stared at Ellie confused and asked Ellie where her tooth was. She reached into her mouth and was equally confused.

Yep, she had swallowed it.

So, we advised her that she could write a note to the Tooth Fairy, because this kind of thing happens all the time, so she did so, and sure enough, the Tooth Fairy visited her, left a note acknowledging that she was leaving her money for the tooth that Ellie lost, and two special sparkle-covered dollar bills. Ellie was pretty stoked in the morning when she saw her own letter gone, and a note on letterheaded-paper from the Tooth Fairy.