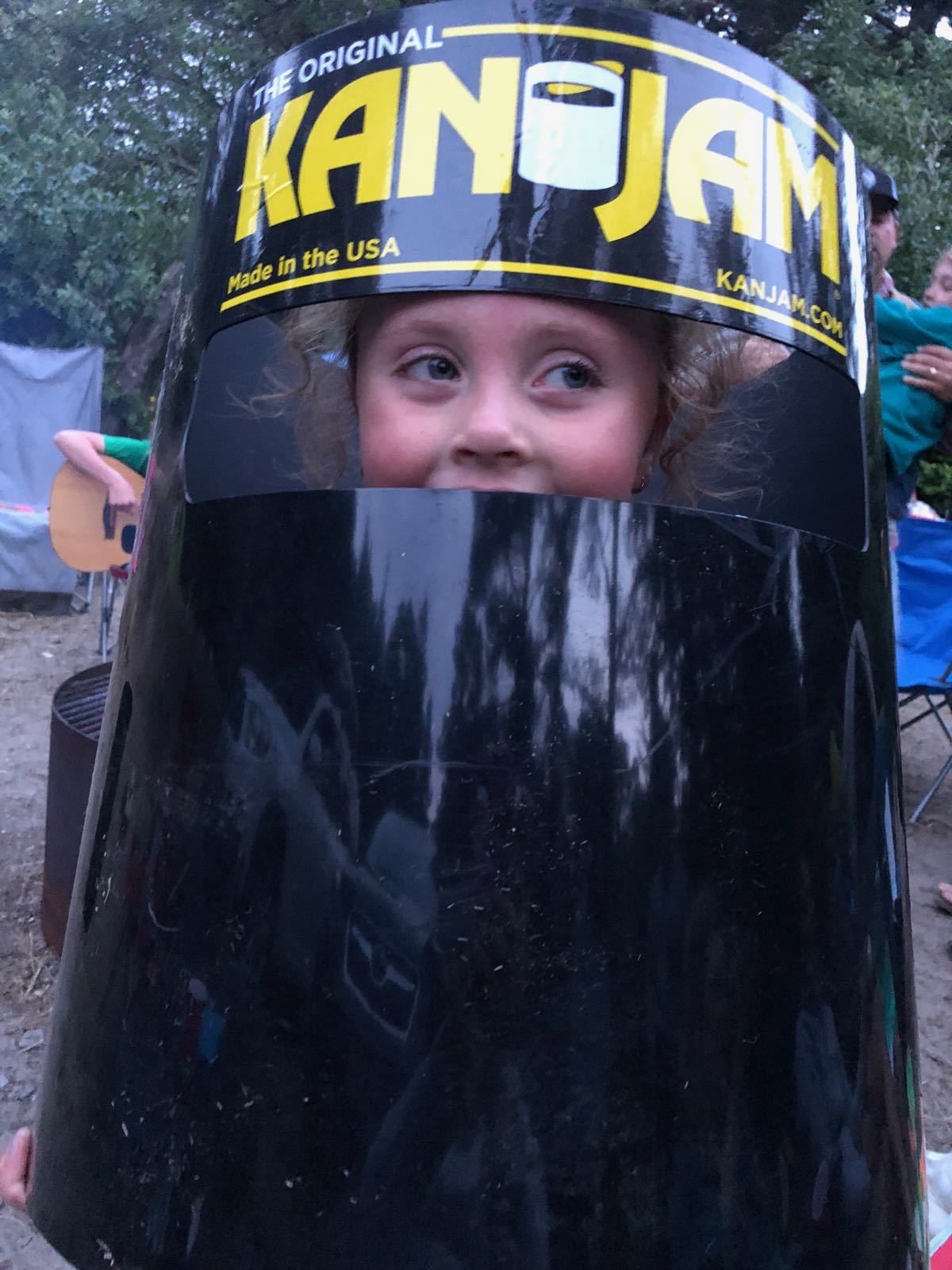 This summer, we finally had the equipment and the support to do what we’ve wanted to do since moving to Portland: go camping.

We were invited by some friends to go car camping with a whole bunch of families, which sounded ideal because there would be plenty of confident hands assisting us, and lots of other children for the kids to play with.

So, off we went. We went to Barview Jetty Campground on the Oregon coast, which was flush with the amenities that would make Martina in particular comfortable, such as running water, flush toilets and hot showers.

We got help setting up our camp and from there, we pretty much started having a few drinks, having fun with the other families and on to making dinner.

After dinner, we got the campfire going and let the kids continue to have fun.

Being novices to the whole camping experience, it didn’t occur to us that the sun would be up at 5:30 and the tent doesn’t block out much light, so the kids were up at 5:30, which was less than ideal.

Nonetheless, we ploughed ahead. Martina went on a hike with a friend, and the rest of us went to the beach for the day. It was a really fun experience of spending time with friends and other families and just taking the day as it comes.

The camping trip didn’t quite end according to plan though. Late on the second night, just as we were preparing to get the kids to bed, Ellie inadvertently walked backwards towards the campfire and sat on the fire ring and grill grate. She seared the top of the backs of her thighs, which required an ER trip to treat her severe second-degree burns. We made the decision to head home, so at midnight, our friends packed up our camp while we were on our way back from the hospital, we picked up Jack and made the 2-hour trip through the forest in the pitch-black. We were exhausted and it was a really difficult drive, but we got home at about 2:15am.

The next 4-5 weeks were difficult, as we had to change Ellie’s bandages twice daily while she was in agonising pain, and Ellie had to miss out on a lot of activities, but we got through it and Ellie took the whole thing in her stride, realising that it’s now her duty to help other kids be safe around campfires.

Despite all this, it didn’t change their desire to go camping again. Within days of her getting burned, Ellie wanted to know when we were going camping again.

We just arranged another trip and will be paying even closer attention to the kids getting near the fire.